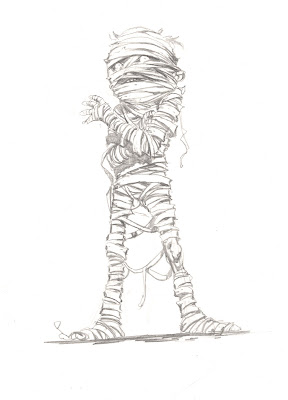 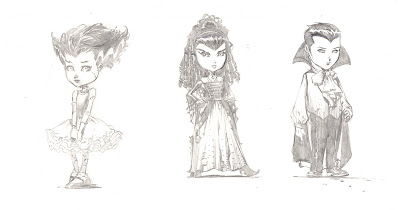 Here's some characters from Scardeyville, which is a concept I'm working on in my spare time. Frankie from the previous post is also a character, and I've got a bunch more that I'm working through. These are pretty much first pass, very small drawings, but I wanted to just throw what I'm doing and where I'm going with this stuff up as I go. I'm going to be doing a series of paintings based on these characters and concepts, and I'd like to put together a book at some point, but for now, here's four of my little guys.
Posted by Dave Finch at 8:05 AM 13 comments: